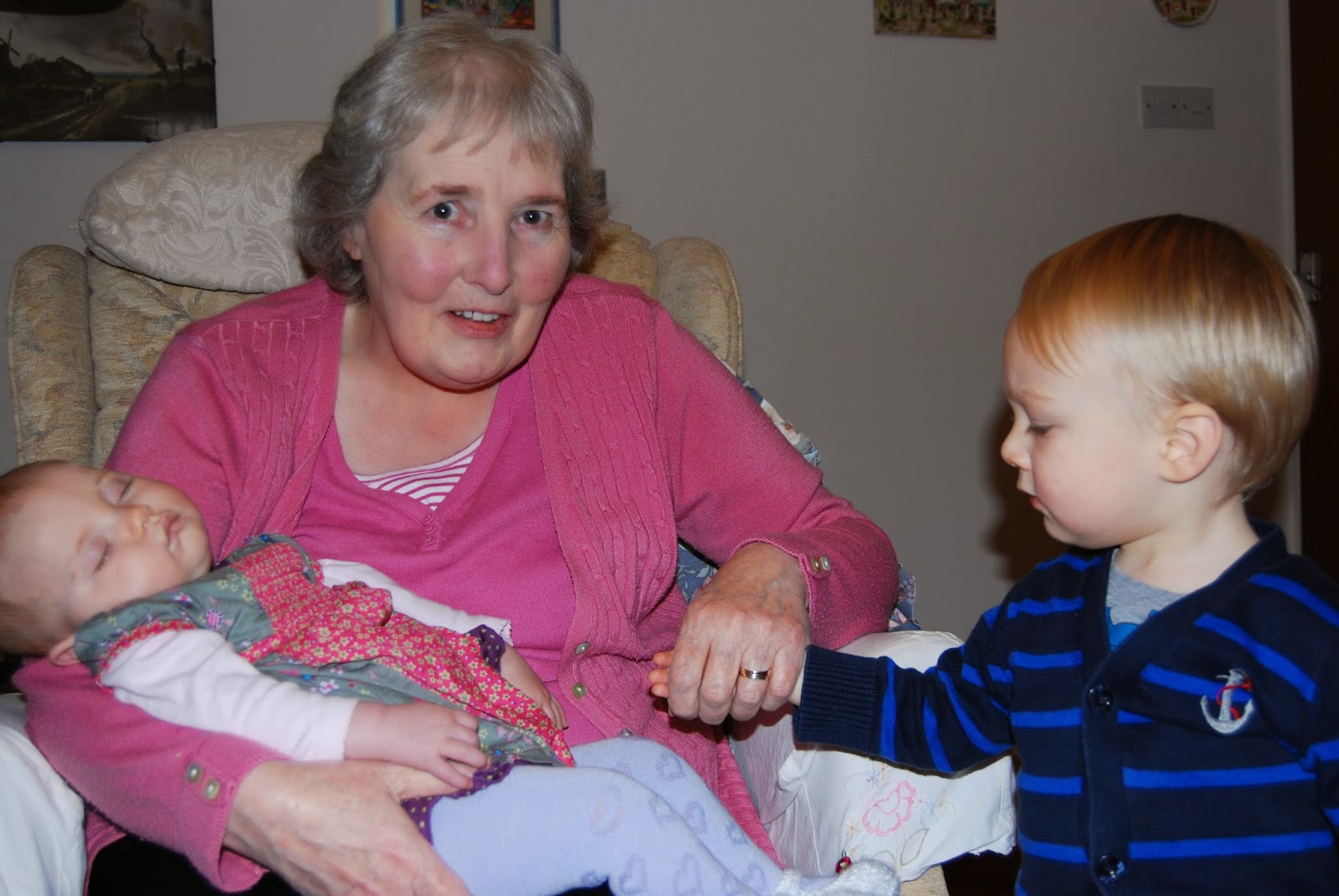 It's been a year since my lovely Nanna Betty passed away and its been tough - don't get me wrong, I miss other much, much loved grandparents too but Nanna Betty was the hardest for 3 reasons

1) The shock - She had gone into hospital for a small routine operation - which lets face it, nothing is small or routine in the elderly but she got through the operation (I don't think I breathed that day!) and was recovering, then came the set backs but she battled through infections and blood clots and was slowly very slowly improving, I'd put so much on her making it through the operation, which she did that I hadn't prepared myself for the worst to happen 6 weeks later - I was shocked when she started to go downhill and she went downhill fast and passed away.

2) The closest - My Nanna Betty was the grandparent I was closest to, the one who spoiled me with too much ice cream and chocolate, shared stories and family history with me.

3) The last - she was my last grandparent and there is something very unnerving about being grandparentless - I guess it's not at all the same but close to a hint or a glimpse of being orphaned in a way, its hard to describe but its a very unnatural feeling to find yourself without grandparents - I can remember in the grief stage crying and saying "but I haven't got any grandparents now" and that thought sticks.

Nana Betty is ice cream with 2 scoops even in winter. Little potato fritters. Boxing Day buffet with trifle and colourful mini forks. A musical Christmas tree in a box. Peter and his fish tank. Holding your hand at fireworks displays so "you" don't get scared. Fish n chips in newspaper sat in the back of the car after morecambe illuminations. Babycham Bambi. Parkin cake. Hiding under the table in a thunderstorm. Visiting every day you are in hospital with funny little balloon holding animals. Lucozade. An orange cow cup. crusty pie the tortoise. Waymouse.
I miss all of my grandparents but particularly Nanna Betty and with it being the first anniversary of her passing, I'm in a tearful place and I do not like being grandparentless.