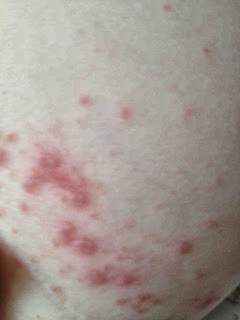 A little while ago, my 4 year old complained of a sore throat and mouth and was off food, he had lots and lots of ulcers in his mouth (he's a real fussy eater at the best of times) so I took him to the doctors and it turned out he had hand, foot and mouth disease - a contagious but short lived viral infection which has nothing at all to do with the livestock illness with a similar name - foot and mouth. His only symptoms were generally un-wellness and an extremely sore mouth. He really struggled with it, he couldn't eat or drink properly and just sipped water through a straw and pretty much the only thing he would eat was party rings and ice pops! The pain was tough - it kept him awake at night and disturbed his sleep when he did manage to drop off. Poor kid had calpol a lot! We also bought an oral spray called Difflam to help numb his throat but there wasn't anything I could do to get him to take it! 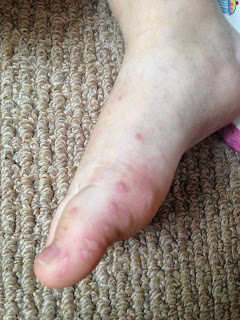 A few days later I felt generally unwell and had a handful of ulcers in my mouth but was fine with the Difflam spray. My daughter - age 2 also became unwell with it and the poor little love had the viral rash everywhere! All over her feet and hands as well as  her legs, bottom and arms, along with the mouth ulcers. She could take the Difflam spray but unfortunately she'd seen her brother's dramatic reaction so wouldn't try it! Getting her to take any water was hard - even ice pops, I was seriously worried she would become dehydrated so I ended up squirting water into her mouth with the oral syringe that came in the calpol box! We used calamine and virasoothe gel to calm the rash and calpol to help with the pain.
It took exactly a week from start to finish with both children and was extremely hard work to get through, especially when there was an overlap with them both being ill at the same time, day times meant two upset children and night times were just full of disruptions! The remnants of uninfected and painless blisters and ulcers however, remained for the best part of a month.
We washed bedding and towels daily to try and minimise spread of the virus - the doctor had warned me that it's possible to get a secondary infection in a short time space, we kept both kids separate at bathtime and we also practiced some relaxation massage and badger sleep balm rub. 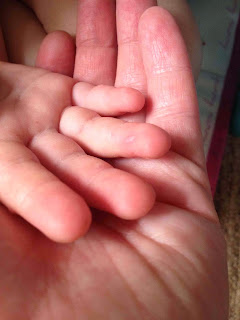 My top tips for Hand, Foot and Mouth Disease:

Chocolate for mum and dad :)

The photos are all of my daughter, Maegan's HFMD rash (age 2) 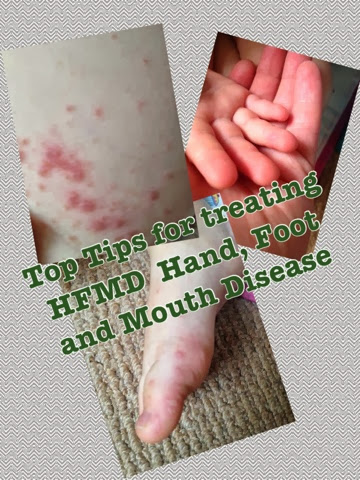 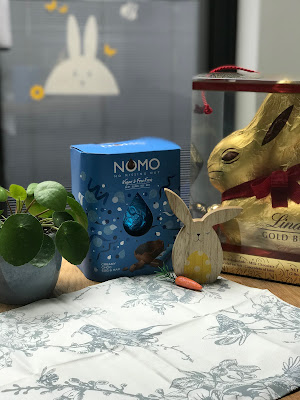