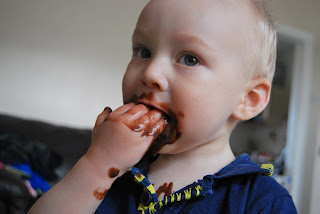 A month ago, I gave birth to my second baby, a beautiful baby girl at 5.40 am.
Shortly after, hubby and I started to announce to the world, Those of you who know me, will know that I used to be an online marketing manager and that I've been a fan of social media for a very very long time (I've been on twitter since 2007) I'm a bit of a geeky girl and I love a gadget or two but I'm also quite traditional... Hubby asked my father before he proposed to me because he understood it was important to me, and I'm currently living a 1950's housewife lifestyle! at home raising the babies, cooking and cleaning (well, I try to!).
When it came to announcing our daughter's birth, the rules were simple, close family and very close friends first, then other friends and then social media last - I'm a twitterer and facebookerer and so is hubby. For me, a lot of fb is to keep in touch with friends from stages of my life (raised in the north, uni friends, career friends, yummy mummy friends etc...)
So imagine my surprise when I started getting tweets and fb messages before I'd even spoken to my Nanna and Sisters, before hubby had finished his announcements and certainly way before either of us had tweeted or fb'd the news!
At the time I felt quite upset about this, who gave the right to other people to announce such exciting news for us? especially before we'd finished telling family!
I'd decided to hold this post until I didn't feel so emotional about it, and I'm not so upset anymore.
Am I over reacting in such an open world, where even the birth of your baby isn't your news to share, isn't up to you to dictate who should know first? for an old friend I haven't seen in ten years to know before my sisters?
Personally, If I was privileged enough to hear someone else's good news, I'd like to think my first point of call wouldn't be to announce on social media, particularly if the person with the news had not yet announced it to the interweb!
Perhaps I felt upset over nothing, after all, it was the kind of news I was going to share anyway and the lovely messages I received are ones that were a delight to receive.
I wonder if the people who tweeted and FB'd before we did, if the situation was reversed - how would they feel? If I received exciting news from them and shared it on twitter/fb before they had, would they be upset or delighted or not even notice that it wasn't announced by themselves!

I was recently given an opportunity to do an online interview with Helena Dowling, the presenter from Nick Jr who is also the face of the current Help Dora Help campaign.


The campaign is there to help preschoolers, there is an award prize fund of up to £20,000 along with discovery and learning equipment packages for preschools across the UK.


"Supported by the Princes Foundation for Children and the Arts, the Help Dora Help initiative has been created to bring exploration to life in pre-schools and nurseries in a real way."


Dora is the perfect role model for such a campaign as she is such a natural explorer and has a perfect skill set for problem solving with her friends (we love Boots the Monkey in our house!) I'd like to think my little ones will grow up with a great sense of adventure, I was lucky enough to grow up in the Lake District and I'd love for my little ones to know what it is to explore, investigate and climb!


I asked Helena Dowling the following questions to get more of an insight into such a lovely presenter and representative for Help Dora Help.

1) Is Dora your favourite nick jr character?
There are so many amazing characters on Nick Jr. it is hard to choose! Dora is one of my favourites. I love the way she takes kids on an adventure, encourages creativity and teaches them problem solving and Spanish!
2) what did you want to be when you were little?
I wanted to be an actress.
3) what was your favourite book growing up?
I loved the Lion, Watch and the Wardrobe and I read all of the Puddle Lane books.
4) have you ever been on an adventure?
I have been on lots of adventures. My biggest adventure was in 2002 where I travelled around France, Spain andMorocco for a month with friends. I made sure I spoke some Spanish in Spain!

"Nick Jr. is inviting pre-school settings across the UK to apply to the Help Dora Help Award Fund, for a chance to receive one main award of up to £20,000 and runners up prizes of learning equipment to help the children learn and explore just like Dora the Explorer!
Your pre-school could use the fund to:
Helena and Dora will be visiting some of the preschools who apply to the fund too!
Wouldn't it be lovely for a Bromley pre-school to win a prize? Time to encourage your local pre-school to apply before Friday!!! 22nd July 2011.
I have a Nick Jr Goodie bag to give away to one of my lovely readers, (UK only please) to be in with a chance of winning it, all you have to do is comment below about your greatest adventure.
To be in with bonus chances, feel free to tweet a link to this blog post http://emmainbromley.blogspot.com/2011/07/help-dora-help-preschool-campaign.html (@beachpebble)
or comment on my facebook page http://www.facebook.com/pages/Emma-In-Bromley/162818030439400
and let me know below so I can include your bonus chances in the draw, the winner will be chosen on Saturday 23rd July at 12 noon :-)
Emma in Bromley x
Campaign quotes taken from Nick Jr.
at July 19, 2011 11 comments: