Farting is not ok thank you very much! - Fart is a Naughty Word

I was always raised to understand Fart was a naughty word - a profanity. 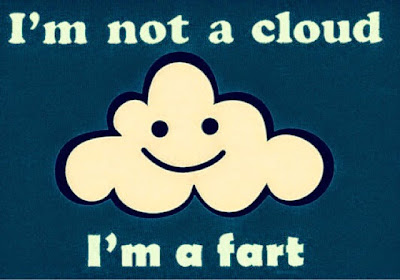 It's considered a naughty word in the UK and as far as I'm concerned, it remains a swear word and something I'd rather my children didn't say - in our house, fart is a naughty word.

Infact Wikipedia recognises it as vulgar. By the early twentieth century, the word "fart" had come to be considered rather vulgar in most English-speaking cultures. While not one of George Carlin's original seven dirty words, he noted in a later routine that the word fart, ought to be added to "the list" of words that were not acceptable.

So when I heard one of my son's five year old friends saying fart, I politely advised that we don't say it and to try and think of another word for it.

However it soon materialised that quite a large chunk of my 5 year old's friends say fart ... in school, in front of their teachers and peers and in front of their parents - they simply don't know it's a naughty word!

Since when did such a vulgar term become acceptable? What's changed since my upbringing in the 80's that has seen this naughty word become acceptable in the UK because I'm still shocked to the core when I hear 5 year olds and younger saying Fart as if it's completely normal?

And then there are children's books, TV shows and movies using the term fart - infact we were watching Garfield 2 this week which is rated U so the last thing you'd expect is naughty language but no! Garfield himself says "farting"

It seems fart is acceptable in American based children's books, ads, films and TV shows and is creeping over to the UK as an ok word to say!?!

Am I the only parent that still sees this as a naughty word?

What alternative words do you use?