Helping Your Child Deal With Their Worries

My six year old son Blake is currently going through a phase where he feels very anxious and is quick to worry about things - some of them are what I would class as small and trivial but to him they are huge and some of them are big problems for all small people! 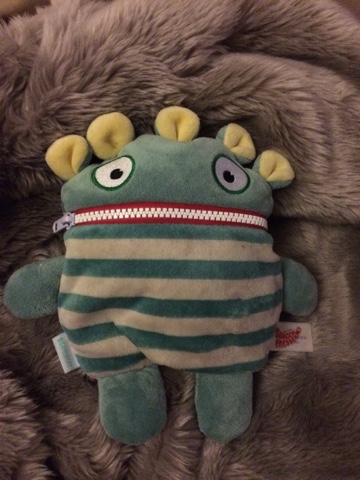 We've been using a Worry Eater to help tackle some of Blake's most common worries, funnily enough, I'd actually intended the Worry Eater for Maegan my daughter - at 4 years old, expressing her feelings is often extremely challenging! It just happened that our Worry Eater arrived on a day where Blake was particularly tearful and anxious that I felt he would benefit most - and he certainly has! I find that Maegan will chat about things whilst drawing and colouring if she's particularly worried about anything. 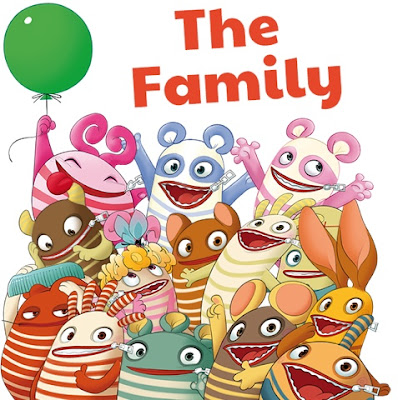 Blake often worries about school and I think this is common for most children, he's a summer baby so the younger end of his school year - currently in year 2 and he often finds it difficult to accept that there isn't much time for drawing and painting in year 2 (actually he's only brought home a handful of crafts this year - Christmas card, Mother's Day card, an Easter card and a castle!)
Year 2 has also reached that point were friends are changing and some children are "older" and into things such as trading games and talk about how the tooth fairy/Father Christmas isn't real - this upsets me a lot because Blake hasn't even lost his first tooth yet and he has peers telling him there isn't a tooth fairy! Some of the pressures at school seem so extreme for someone so young too - there's a tremendous amount of pressure put onto attendance records and my children are rarely off, but when Blake was off for just 2 days recovering from a stomach bug that struck on a weekend (he most likely contracted at school in the first place) after he returned to school he was in floods of tears because he had been made to feel that it was all his fault that the class didn't "win" the prize for best attendance -this crops up even now, months later. 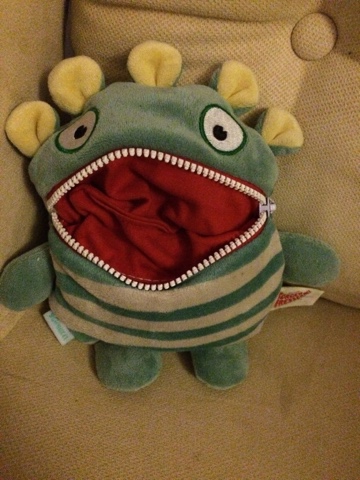 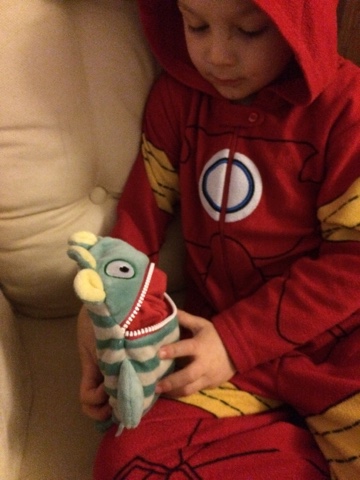 One of Blake's other big issues is food - he's a fussy eater but it really goes a bit beyond fussiness and ventures into genuine food phobias - he often comments with "my heart wants to try the food but my brain won't let me".

We're always trying to find ways to help Blake express his thoughts and feelings and ways to manage his worries, he often opens up at bedtime - at the end of the day it all comes tumbling out! In someways it's great that he wants to talk but in others, right as he's drifting off - all this anxiety comes pouring out and often results in nightmares later. 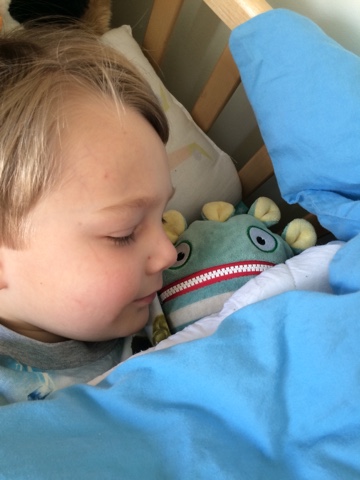 We have found using a Worry Eater has been a wonderful help for Blake - the idea is that children can jot down their worries and feed it to the worry eater via their zip up mouth (parents need to remember to empty it before morning!) but we've noticed that Blake will happily sit and chat to his Worry Eater, Schnulli. 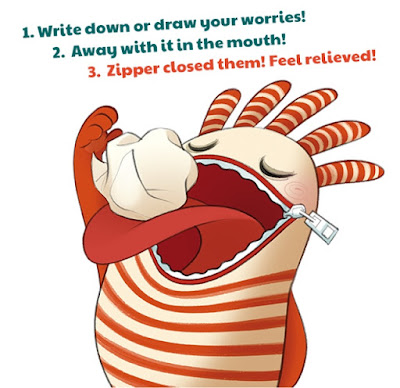 I try and get Blake to open up on the walk home from school - this is also when we practice some of the speech therapy sounds so it's a good moment to chat about the day - I've learnt quickly (with both my children!) not to ask "How was school today?" Because all I'll get back is "fine" or "what did you do today?" Will always get the response "I can't remember" even within moments of leaving the school gate! You've got to be more specific - such as "what did you read today?" Or "was it PE?" To get a proper answer and that will lead on to more.
Blake likes to take a toy on the school walk in the mornings - it's something that we started doing in reception year as a bit of a bribe to get out of the door but Blake is great with the rules - as soon as he reaches his classroom, the toy goes in my bag. Schnulli the Worry Eater has been a popular choice most mornings for the walk and it's so sweet the way Blake talks to him - it's like he's a real life buddy! 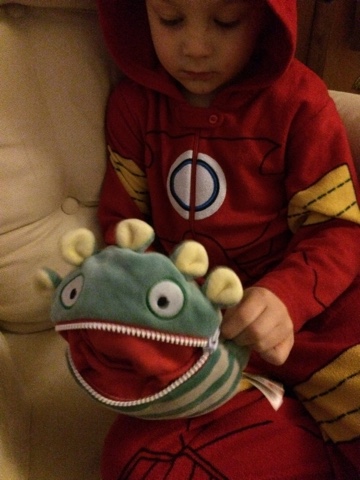 I've noticed that Blake will often turn to Schnulli to validate previous conversations he's had with me such as when my husband was away over night for work - Blake grew very concerned and I over heard him having a chat to Schnulli "Don't worry, mummy said daddy is only away for one night and if we want to we can sleep in her bed" was very sweet to hear him repeating my words to comfort his worry eater (and in essence reassuring himself)

I really rate Worry Eaters - I think anything at all that can help young children understand their feelings and deal with their worries is a great tool - to see Blake using Schnulli shows me how his confidence can bloom and helps him to find a way to express what he is upset about - at an age where often anger and frustration is still the way problems are expressed, I feel that a Worry Eater is a much better solution. Some of the chats or jots Blake has had with his worry eater range from trivial "I'm angry because so&so pushed me over in the playground today" to massive "why do some people in the world not have any food?" 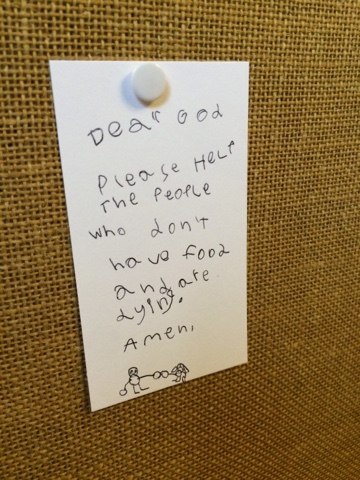 Worry Eaters come in a really wide selection of characters from big to small  as well as accessories such as pencil cases - they are friendly super soft plush toys with a zip pocket mouth.

"Worry Eaters are based on Gerd Hahn’s animation, Sorgenfresser. Brilliant for eating nightmares and acting as a ‘waste bin’ for worries of all shapes and sizes, children simply write or draw their troubles on a piece on paper and feed them into the zip mouth of the Worry Eater. "

Disclaimer- I received a Worry Eater for my consideration - all thoughts, photos and link choices are my own.
at April 01, 2016