Born to boogie silent disco for under 10's in Bromley 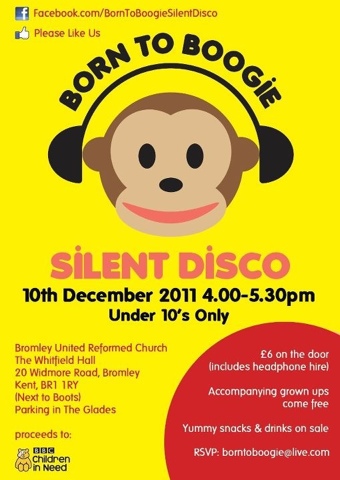 Book yourself a place at the Born to Boogie Silent Disco and help raise some money for children in need, sounds like lots of fun for all children under 10. RSVP borntoboogie@live.com

With thanks from my good friend louise, i'd like to share this with you x
In bromley on Thursday 24 November from 5pm you can see Santa and his elves along with live reindeer, Christmas carols and a Samba parade. And Panto stars will switch on the lights in the High Street at 7pm. Christmas markets are on from 9 until 23 December and there is FREE PARKING in the Civic Centre and Hill car parks in Bromley town centre every Thursday from 24 November until 22 December from 3pm - 9pm

We love Dora in our house so we were very exited to be sent a review copy of Dora's Enchanted Forrest Adventures DVD before it's showing on Nick Jr. 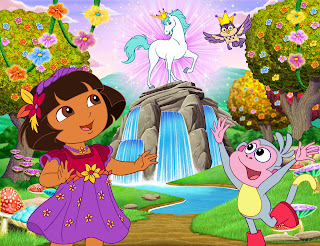 The Adventures are split into three special episodes which make it great for pre-schoolers (we all know, a toddler isn't going to sit still for the length of a feature film) and are packed full of new friends for Dora, including  elves, unicorns, fairies and dragons!

Official Synopsis included below:
Part 1: Tale of the Unicorn King Tuesday 8th November at 4.30pm repeated at 6.30pm on NickJr.
Dora and Boots are in their flower-filled spring forest with their friend, Unicornio.  All of the forest animals have chosen Unicornio as the King of the Enchanted Forest. There’s just one problem, Unicornio is unsure he deserves the title.  Dora and Boots will show Unicornio that he can be King as they travel to the Castle for his royal coronation.  Together, we challenge the smart Owl to a riddle contest; help Unicornio use a magical giant shield to protect us from the Dragon and rescue Squirrel from a roaring river.  When Unicornio reaches the Castle, he finally believes that he can be King.  Dora gets a beautiful dress and Boots wears his fancy boots for the coronation. All hail King Unicornio!

Part 2: Secret of Atlantis Wednesday 9th November at 4.30pm repeated at 6.30pm on NickJr.
It’s summertime and Dora and Boots are at the beach when they see Diego riding in on a dolphin. He’s just been on an undersea adventure and found the legendary lost continent of Atlantis. He's discovered it’s secret and the reason why it disappeared from Earth.  Diego recruits Dora, Boots and King Unicornio to help him end an ancient feud between the unicorns and dragons. That’s the only way to make Atlantis rise. Together we’ll travel from the Enchanted Forest (where Unicornio leaves the Owl in charge) to make friends with the Dragon at the Volcano; then race over the beach to the middle of the ocean, where we’ll call the Golden Phoenix to make the lost continent return. Hurray!
Part 3: Dora Saves King Unicornio Thursday 10th November at 4.30pm repeated at 6.30pm on NickJr.
Dora and Boots are playing in the leaves on an Autumn day when Little Rabbit arrives from the Enchanted Forest for their help. When King Unicornio returned from Atlantis to the Enchanted Forest, Owl didn’t want to give back the King’s crown, so he tricked Unicornio. Now Unicornio is stuck plugging a dam with his unicorn horn so the whole forest won’t be flooded.  Owl is still ruling over the Enchanted Forest, where he’s made new rules like banning scarecrows, elves and fairies. Can Dora and Boots help King Unicornio get his crown back and once again rule the Enchanted Forest?

Don't worry - if you miss it - The full trilogy is then repeated back to back as a two hour special on the following dates:
Usually my little boy loves Dora, but in these episodes, he really seems to have two new favourites - Boots and Diego! It's very cute to see him acting out the character of Boots - I think it comes naturally to him as he is a little monkey!

So far we've only watched the first two parts but I wanted to share it with you before it starts on NickJr as we are loving what we've seen so far! 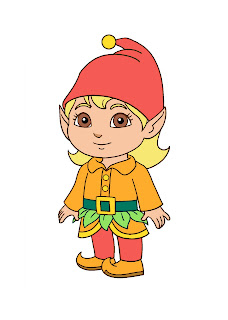 It's all very exciting and the graphics are really sharp and clear, there's something about the elves that give me a sense of nostalgia - I'm sure they look like elves from something in my childhood!

To celebrate and accompany Dora's exciting Enchanted Forrest Adventures, you can buy the DVD from amazon with an RRP of £12.99 from 14th November - currently the pre-order price is a bargain of £6.99.

Also in stores from the 14th November from Fisher Price will be Splash and Surprise Dora - A styling head with lots of features such as hot and cold water colour changes and lots of accessories. Fisher Price also have Magical Fairy Dora - an 11 inch doll who talks, sings and has a magic wand - I so want this for myself!

I've compiled a little guide for local fireworks displays for this year's bonfire night. If you know of any other local ones - particularly ones starting earlier in the evening, please do let me know!

Charity Fireworks
Gates open 6pm, bonfire at 7pm and firework display at 7.30pm. Advance tickets from local shops at £2.50 for children, £5 for adults and £13 for families (2+2). Prices on the gate £3 and £6. A fun-filled family event. ALL profit goes to charities, most of them local.


Beckenham Round Table Fireworks and Funfair