My Brush with Fashion after a 7 Year Rut!

Many moons ago before I became a mum and after uni I had a career in marketing based in central London for a long time - the positions I held all revolved around media, publishing and fashion. I had a keen eye for trends and took care with appearance all the way down to my accessories  - although I'd never say I was ever a trend setter and I've always been too messy haired and geeky to be miss popular. 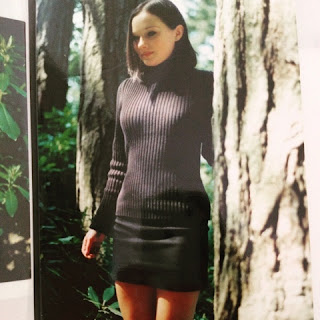 But somehow and somewhere over the past 7 years I lost all sense of style, I couldn't tell you what the current trends are and I've become settled in a rut of bobbly jumpers and cheap jeans, I rarely bother with my hair and I haven't had a manicure in a thousand years. 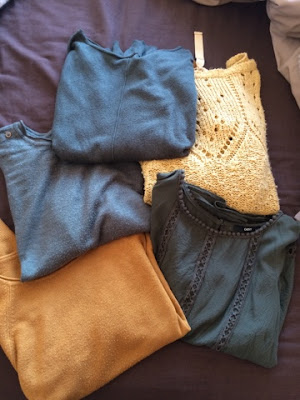 Actually, it was only when I was taking part that I realised that I switch between 3 mustard yellow jumpers and 3 green jumpers! ohh dear that's really not good is it!

Don't get me started on footwear! Pregnancy altered the shape of my feet so now I have small but wide (flat!) feet absolute nightmare getting into pretty shoes! 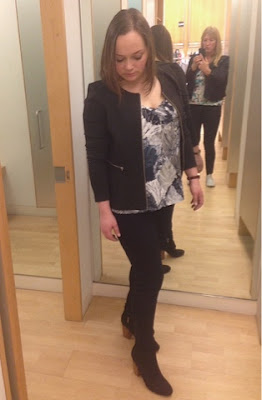 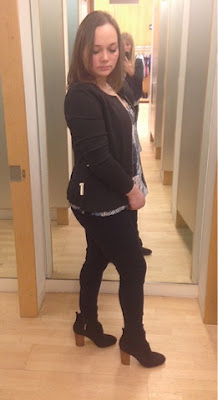 When I was invited by intu Bromley to pop along for a session with Juliet, intu Bromley's personal stylist and get to know all the key looks for Spring Summer 16, I couldn't wait! 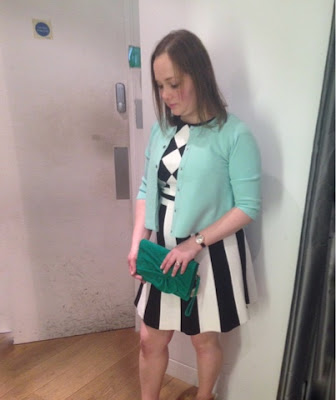 I went with an open mind and no particular criteria - and met Juliet for a coffee and chat first before spending some time in her bijou style lounge - we spoke about my lifestyle, the sort of clothes I wear - I explained my unintentional safety net of naff jumpers but also that in the summer I tend to relish 50's sun dresses.
We talked about who my style icons are, I mentioned Audrey Hepburn (of course! - even my hen party was a Breakfast at Tiffany's one!) but I didn't mention my others as they are a tad obscure and geeky -the character of Bernadette from Big Bang Theory and a character called Lemon  Breeland from an old TV show called Hart of Dixie.

Juliet did my colours! I didn't know this was still a thing but I'm so glad she did! Starting with 4 yellows to determine  which season you belong in - it turned out I'm Spring (I thought I'd be an Autumn as I seem to be drawn to autumnal colours, it's my favourite season and our wedding was an October one) and following on from that we looked further into colours and shades - I should chose navy over black and cream over white and which tones of reds, greens, yellows and blues work well for me - teal was a strong match for my skin tones - Juliet described me as an English Rose! (I'd usually describe myself as a bit pasty!) I was surprised to see that some colours made my skin look grey or washed out! 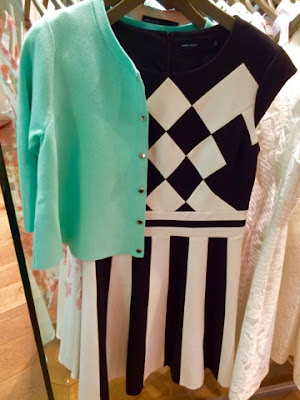 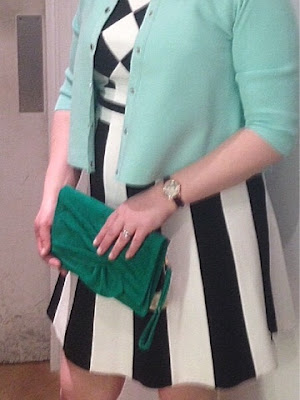 Juliet also gave me some tips such as a little tuck in on tops into jeans or wearing a scarf in a long central line to distract from my mummy tummy. 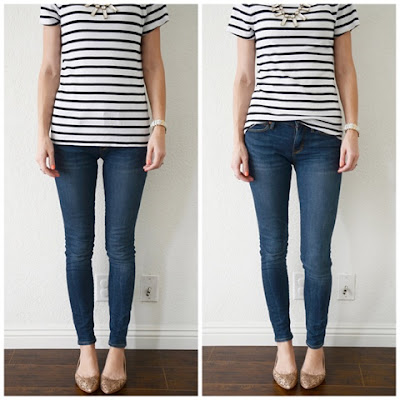 Now, I'm not going to lie here - since having children I often struggle to come to terms with the impact 2 pregnancies and the lifestyle changes I've undergone have altered my body - I lack more body confidence now than I did in my teen years and I've been known to burst into tears in fitting rooms. (seriously sad isn't it!) 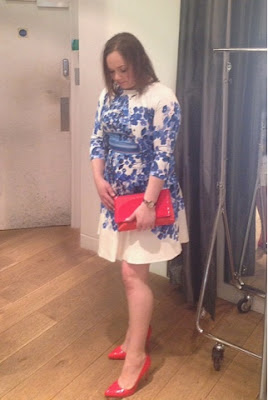 Juliet is like having your own personal cheerleader with you, she is a bundle of enthusiasm and confidence boosting - plus she knows exactly what she's doing when it comes to fashion.

We went into two shops, French Connection and Karen Millen - both are shops I used to buy from but haven't for the past at least 7 years so it was interesting to revisit them. 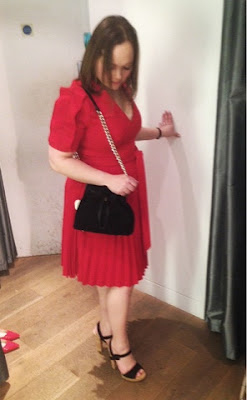 Juliet pointed out the key looks for spring summer 16.
Nautical Luxe, a twist on navy stripes with metallic detailing.
Pink Soda, think floral garden party. Such as the floral display I spotted from Oasis.
Imperial Red, bold red colour blocking. Like the red dress from Karen Millen
Boho Bandit, floaty dresses with denim and a touch of animal or a boho print cami teamed with fitted trousers like the look from French Connection.
Monochrome, a fresh take on the classic black and white by adding a hint of colour such as the mint green cardigan and black and cream dress from Karen Millen. 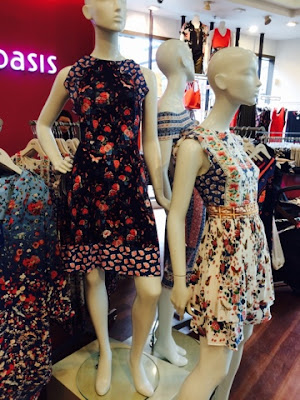 I came away with the imperial red dress - as much as I love red, I've always gone for it as accents or accessories - I'm just not that much of a body confident person to normally try on something so bold and eyecatching - it's from Karen Millen, Juliet was so enthusiastic about this being the one for me and the two sales consultants were also voting for this being the one. - It's a dry clean only dress (I didn't even think to check before I bought it) so not really getting me out of my style rut for the school runs - however I did do a happy dance as I now own something pretty! And Juliet gave me plenty of tips and ideas as well as making it clear that I'd be welcome any time for further (free) sessions with her too.

intu Bromley is celebrating the new fashion season until the end of April with various fun activities from a pop up style garden, to fashion shows and dance in bloom - you can see more on intu’s dedicated fashion hub page intu.co.uk/fashion and have already announced plans for an autumn fashion event too - I can't wait!

Or arrange a free session via Juliet’s page http://intu.co.uk/bromley/centre-information/shopping-at-the-centre